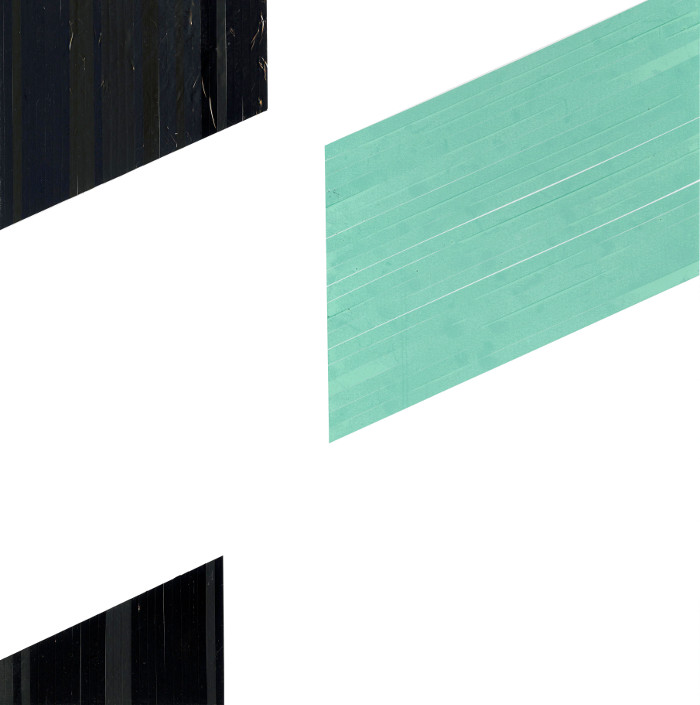 Terence Hannum reached out to us after seeing last weeks ‘On The Wall’ post with Arjan. Not only were we happy that someone read our post, but also that they wished to be part of the series. I straight away clicked the link to Terence website and was greeted with a talented and interesting artist.

Alike anything we have shown here, Terence uses cassette tapes as his material for his visual arts. The cassette tapes are a reflection of his second talent and passion: music. By combining the two art forms he has created something meaningful and powerful for him whilst providing us with interesting pieces to hang on the wall. They are pretty cool right? 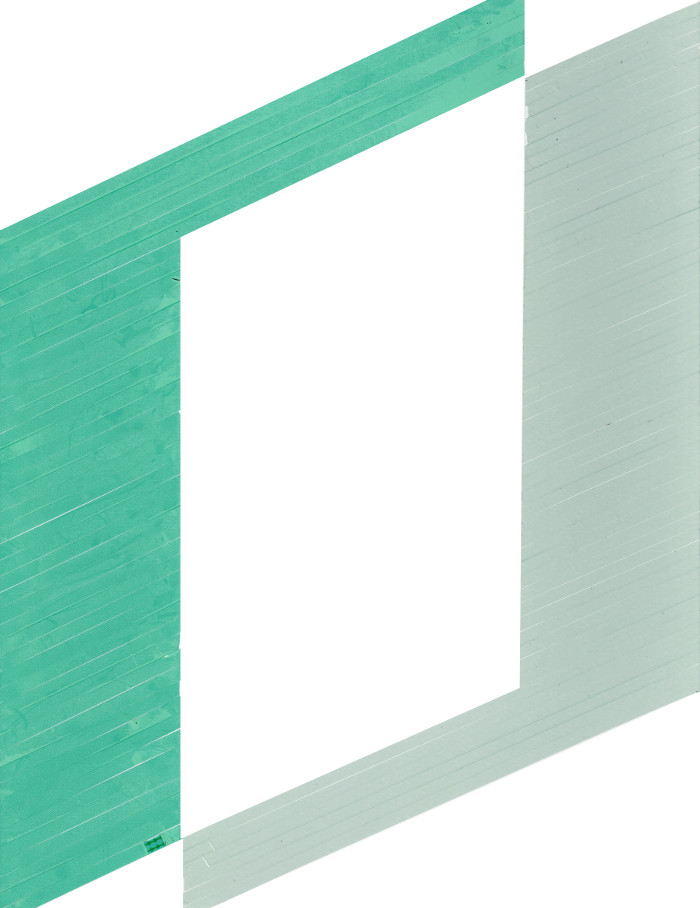 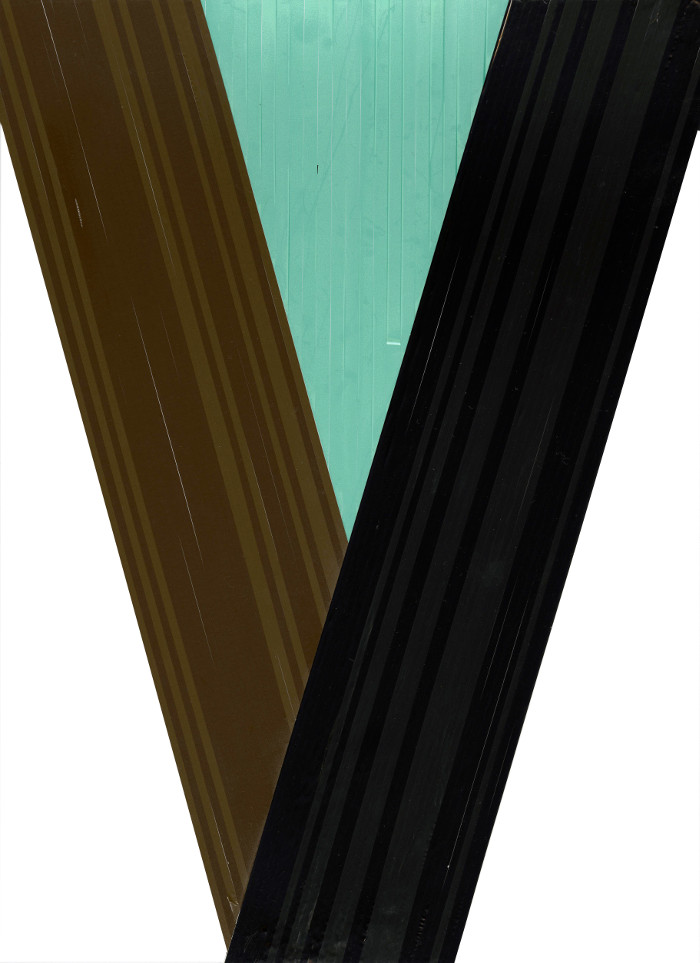 I find inspiration from many sources. I collect vintage head cleaner cassettes and blank cassettes from all over the world and I only seek out kind of specific eras.” – Terrence Hannum for DS210 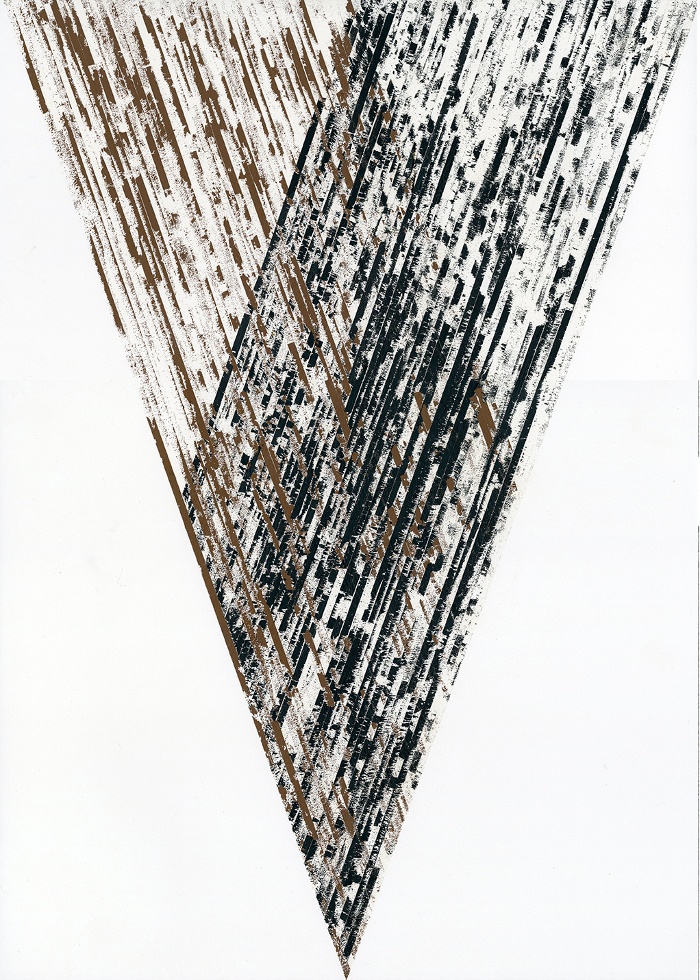 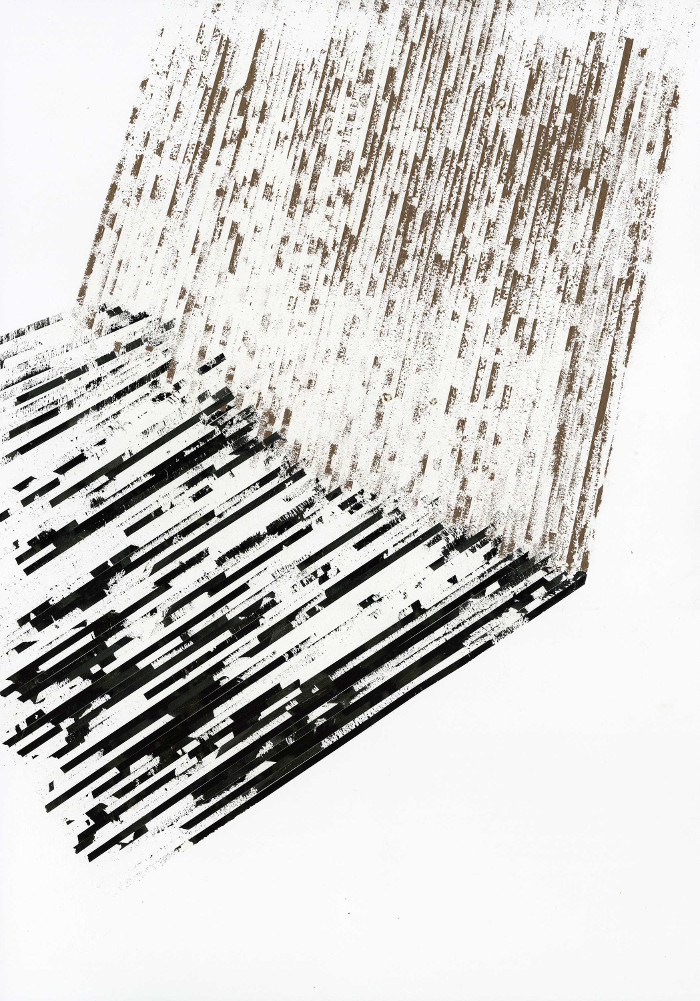 I am interested in this obsolescent media and how ubiquitous it is and how it isn’t really valued.” – Terence Hannum for DS210 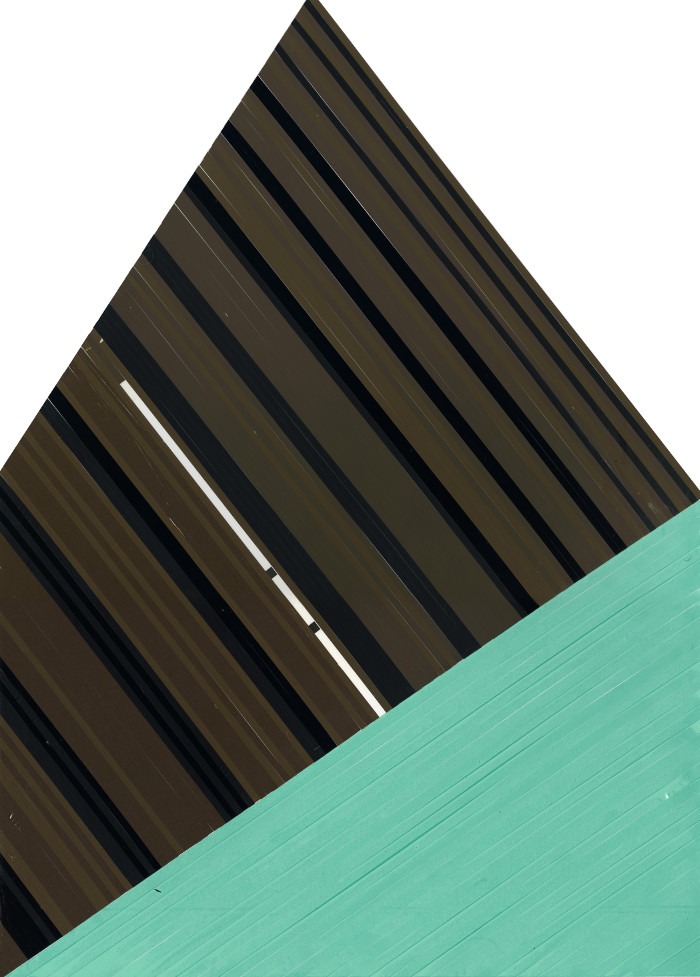 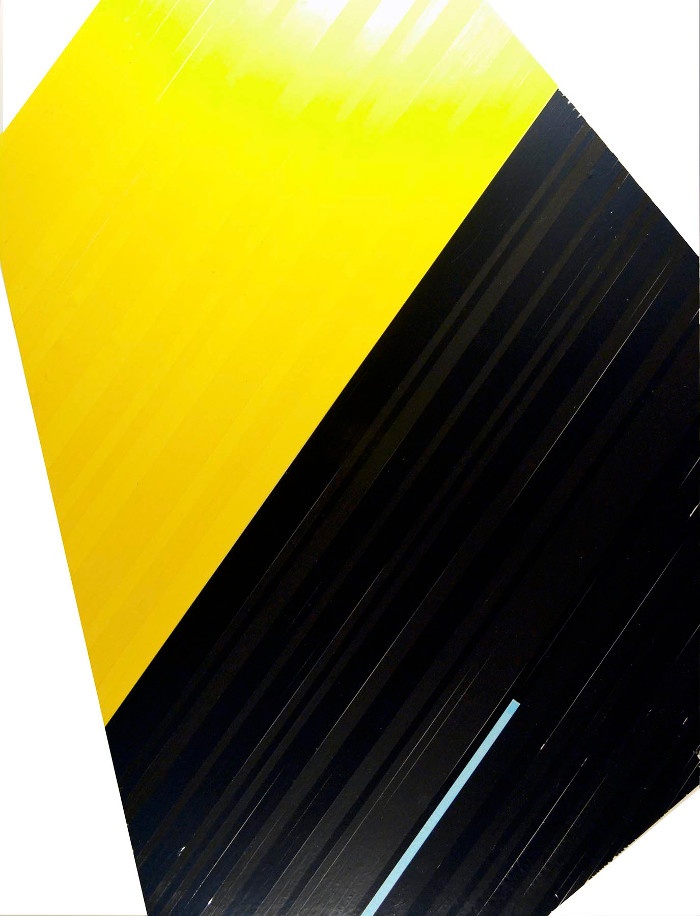 Where do you find inspiration to your art?

I find inspiration from many sources. I collect vintage head cleaner cassettes and blank cassettes from all over the world and I only seek out kind of specific eras. I’ll use these geometric forms from the 1980s and 1970s to inspire certain formal elements of my work or sometimes the color palette – there’s a very specific green, red and blue that a lot of designers employed in their j-card designs. I also just collect a lot of ephemera around cassettes and reel to reels, splicing manuals.

I also look to musicians or composers who used cassette tapes in their work from early people like Pierre Schaeffer and Eliane Radigue to William Basinski and Aaron Dilloway. Or early Throbbing Gristle, and a lot of cassette tape culture in general from noise, black metal to hip-hop mix tapes. I never know where an idea will come from so I am always researching and saving content.

How would you define your style?

I am interested in this obsolescent media and how ubiquitous it is and how it isn’t really valued. Even in scenes where the cassette reigns, it is typically more affordable than vinyl. So it is still accessible. I am also caught with how disconnected we are from the surface of the cassette, we know what the shell looks like but who really gazes upon the spool of magnetic tape. I think this interest arrives from how disconnected 21st century media is from any object. So there’s that and then the obvious that the pieces are minimal, geometric, abstract and that they are collages. But to me all of this arrived maybe after the material concerns.

Can you name three artists that you admire the work of?

Of course, I would say lately I come back to the experimental filmmaker Pete Kubelka who not only made experimental films that are really challenging to watch but he also used the film from these pieces to make 2D visual work. Another artist is Jennie C. Jones, I saw a show of hers recently in DC that used hard edge abstraction, speaker material and edited avant-garde jazz soundtracks that really blew me away, it was really tough and smart. Last I would say Gavin Perry, he’s in a great band called Holly Hunt but he’s a pretty amazing painter and sculptor who makes these very glossy and seductive surfaces, some are more monochrome than others but they’re really interesting.

If you could chose any place and wall, where would you love your art to be displayed?

As a frieze around a thrift store, somewhere at the INA-GRM.

Thank you Terence for reaching out to us and inspiring us with your concepts. Credit: Terence Hannum. 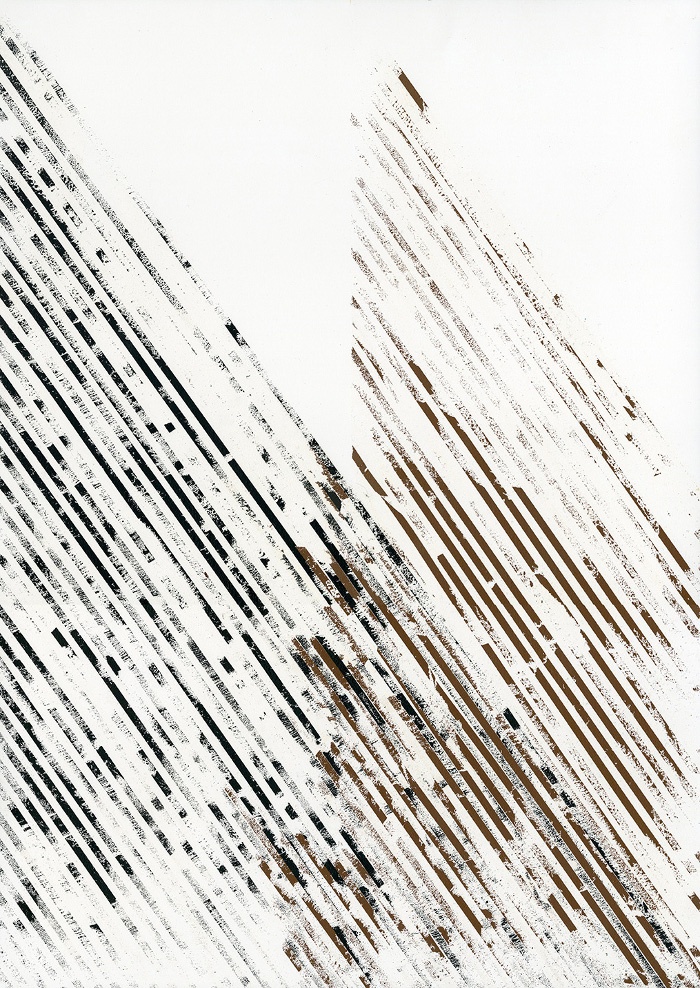 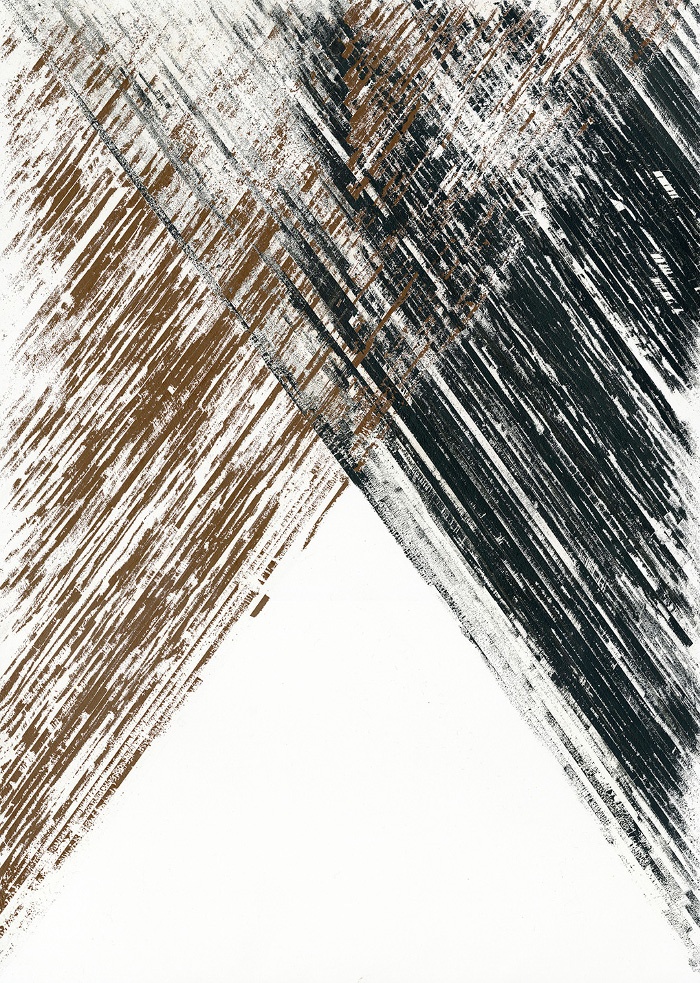 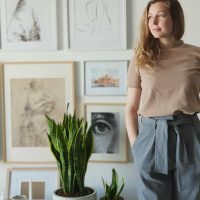 Ex Design Consultant. Design Curator. Online Creative. Curios minded. Love living and sharing a creative life through -The Interiors, The People, The Art, The Architecture & The Places. Design to me is about creating a story – it is about understanding what matters and how to create something unique which speaks your personal story. 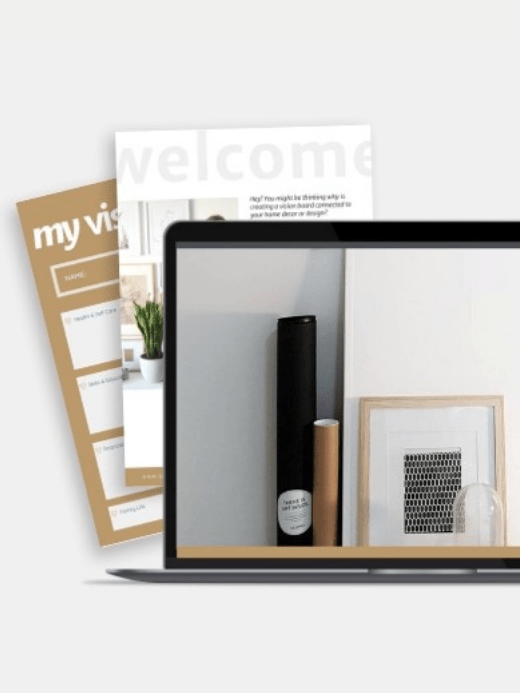 Hi I am Caroline 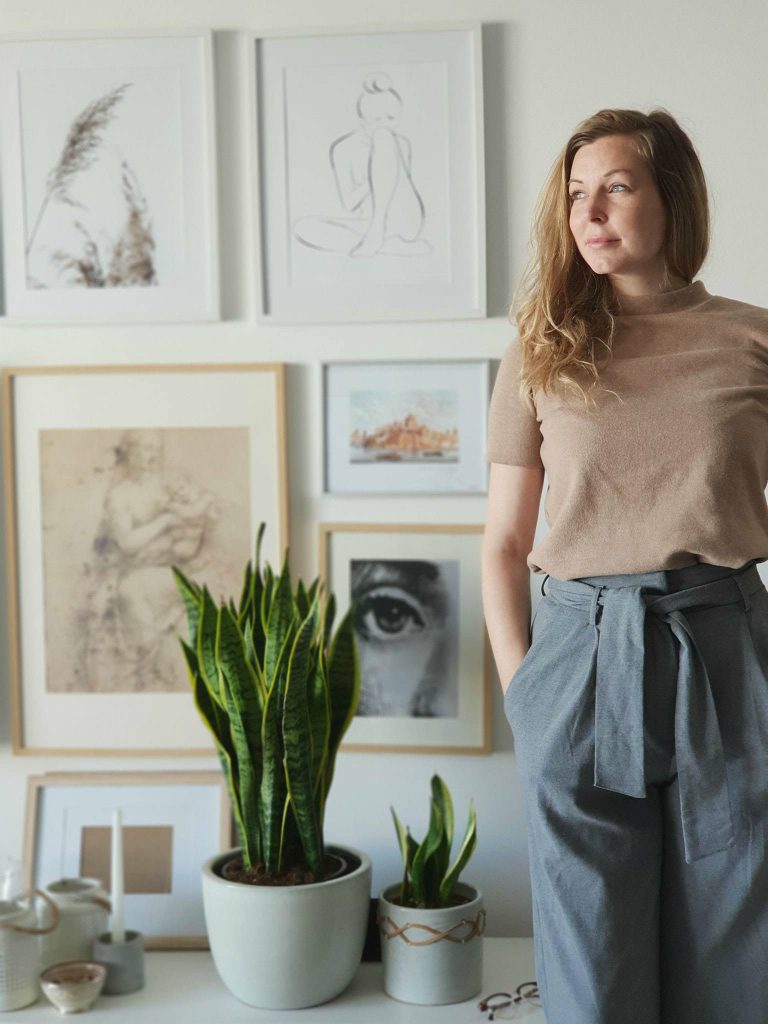 Above The Bed Gallery Wall – Pro and Cons

10 Simple Things For A Happier Home

How To Design A Creative Home

Any cookies that may not be particularly necessary for the website to function and is used specifically to collect user personal data via analytics, ads, other embedded contents are termed as non-necessary cookies. It is mandatory to procure user consent prior to running these cookies on your website.